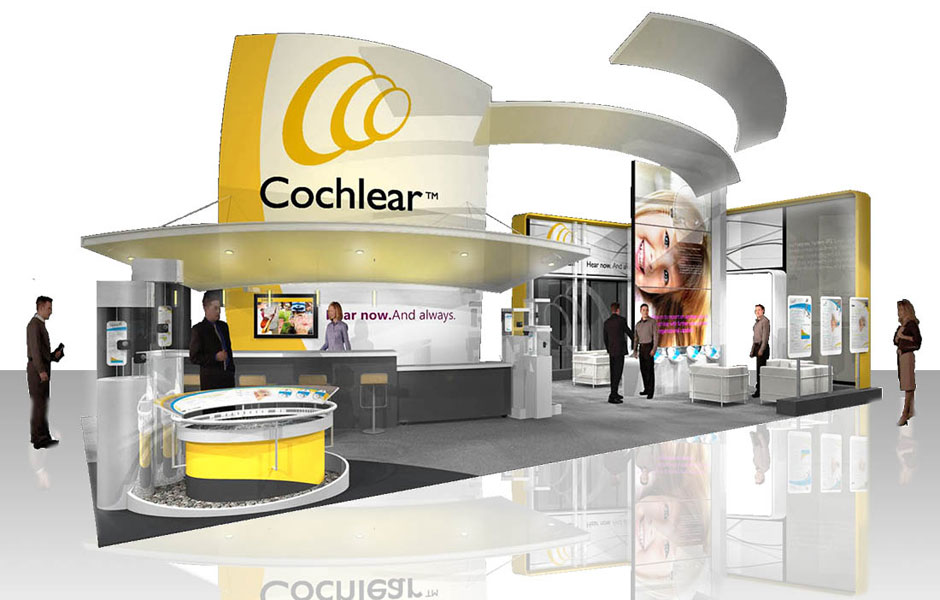 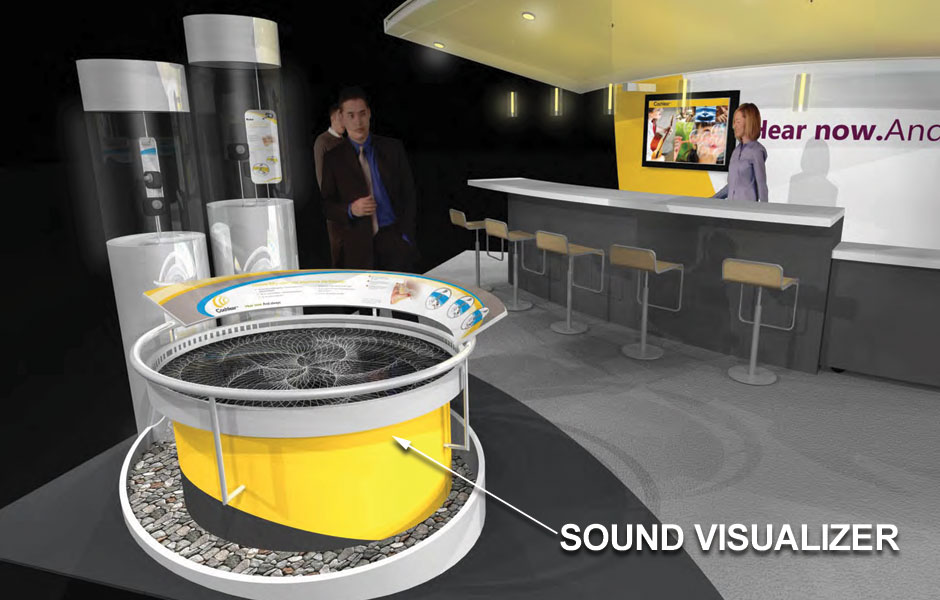 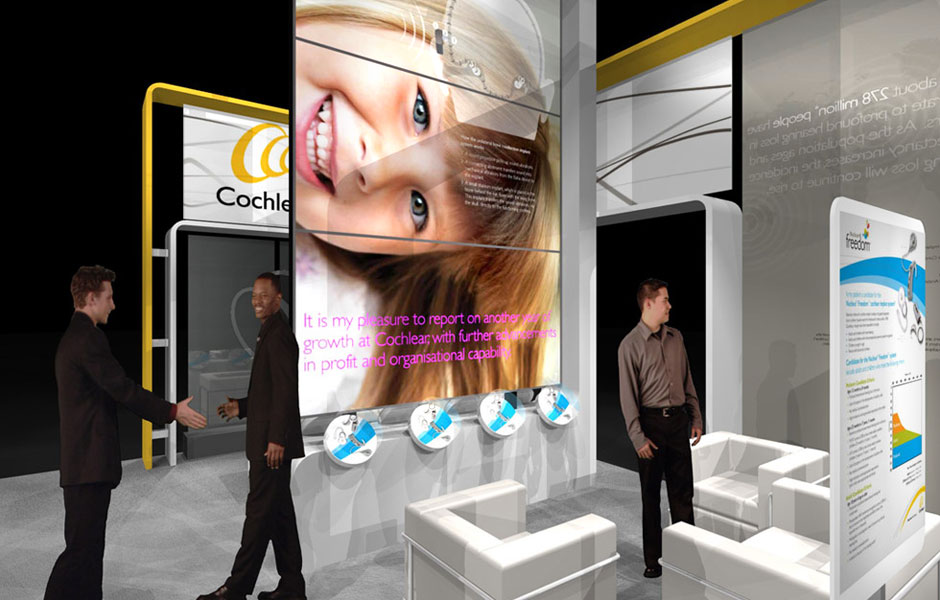 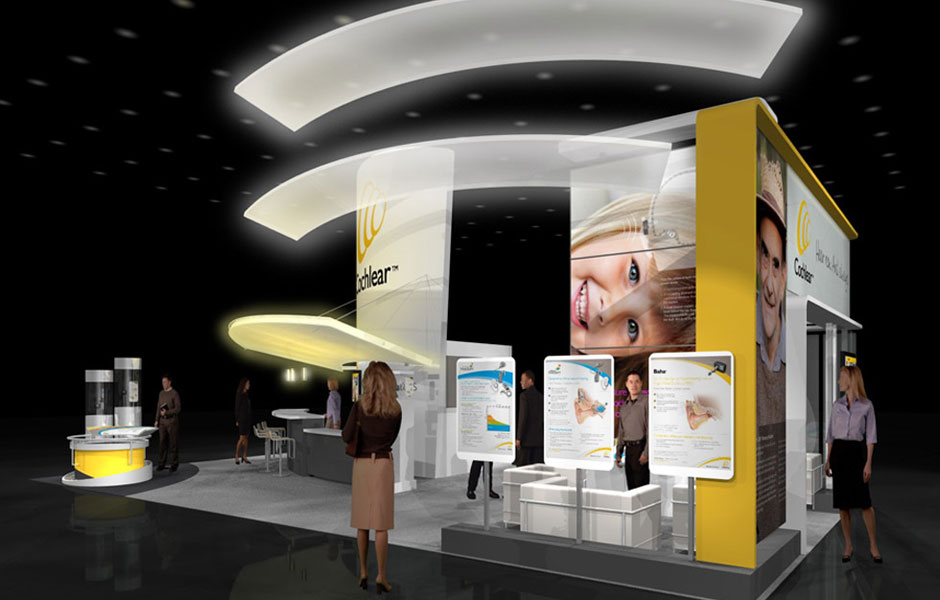 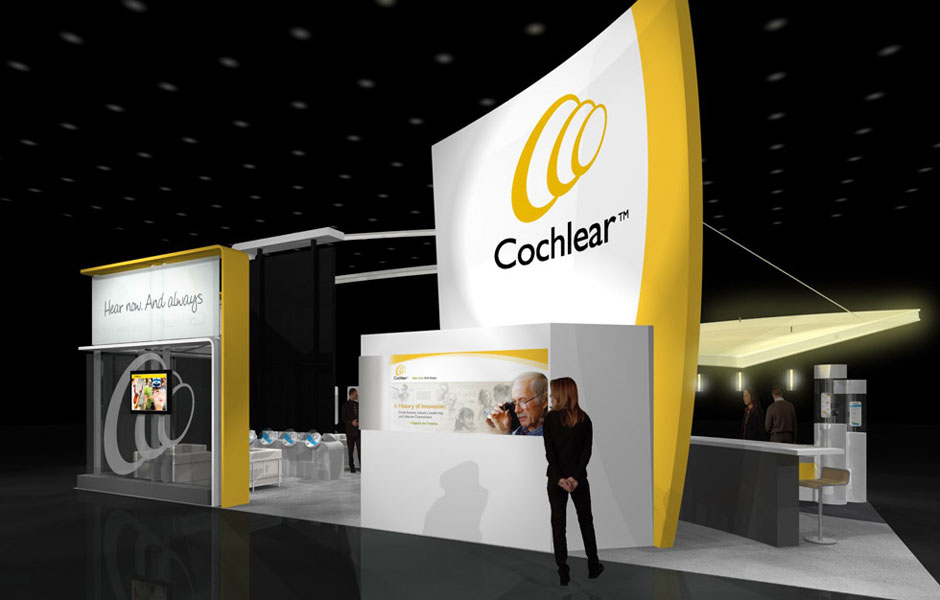 Is That Freedom Rock! ..Turn It Up, Man!

Were you ever in a rock band, or flock to Big-Hair rock concerts? Yeah, you’re probably hearing impaired. If traditional hearing aids are uncomfortable, unsightly or under-powered you might want to step into a pair of Cochlear bone implants. Cochlear is the leader in bone mounted technology and has had a huge success rate and maintains a dedicated following of thankful patients.

In order to convey the key component of the problem/solution to visitors, we had to go way beyond the typical kiosk. Sound, which happens to be invisible, and the lack of sound would be showcased as an educational / entertainment feature. Since sound is composed of vibrations, we developed a system of shifting sand to make geometric patterns under the control of sound input. Simple device with super cool results. The client, Cochlear, did not ask for this item but was floored with idea we presented and loved the interactivity it brought to the exhibit.

Volkswagen has recently debuted Fun Theory  as a unique way to engage and entertain people.